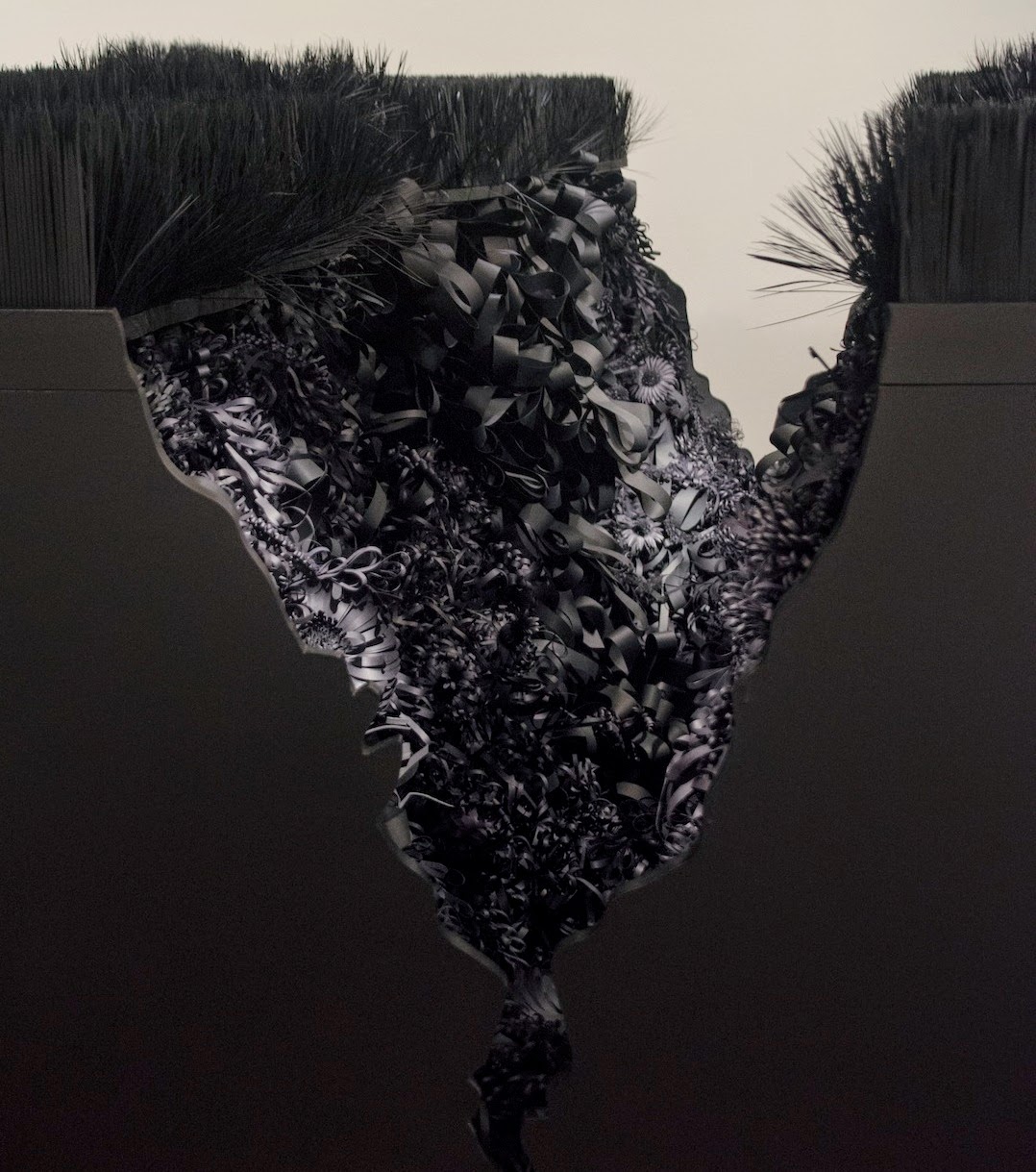 This week is the opening of the Portland Museum of Art's Biennial.  Lauren Fensterstock, an incredible artist, friend, and fellow garden history lover, has a stunning piece that will be the first thing you see upon entering the exhibit. Lauren’s work has always stunned visitors, such as her recent exhibition at the John Michael Kohler Arts Center in Wisconsin, that involved 3 rooms of garden history embodied by immaculately conceived and crafted installations. An 18th century English garden with pond, an American lawn,  and a Japanese “kiku” garden with Chrysanthemums. Labor intensive and dramatic, her pieces satisfy the viewer with a “more IS more” viewpoint. Her piece, Ha-Ha, is tongue in cheek nod to modernism while actually manifesting a European landscape feature from the 17th century. This gorgeous and powerful piece made me dive into the history of the Ha-Ha.
The concept of the ha-ha is of French origin, and is a ditch made in the land, usually with a retaining wall structure on one side and a sloping side on the other. The advantage of this feature is that it kept animals (cows, sheep, horses) out of the gardens close to the house. The ditch is too trepidacious for them to jump, yet, from the house, one can’t see the ditch at all; one sees only a seamless expanse of estate ahead. This was so clever, that when locals would approach to see how the animals were contained, they would exclaim Ha-Ha! or Ah-Ah! An early example of this feature was in France at  Château de Meudon, circa 1700. By 1786 when Thomas Jefferson went to Stowe House in England, he was astonished that “it was all enclosed by ha-ha”, obviously being familiar with the term and feature. They are still found on grand country estates and still act as a way to keep animals out while not having a fence. 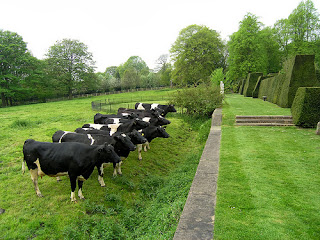