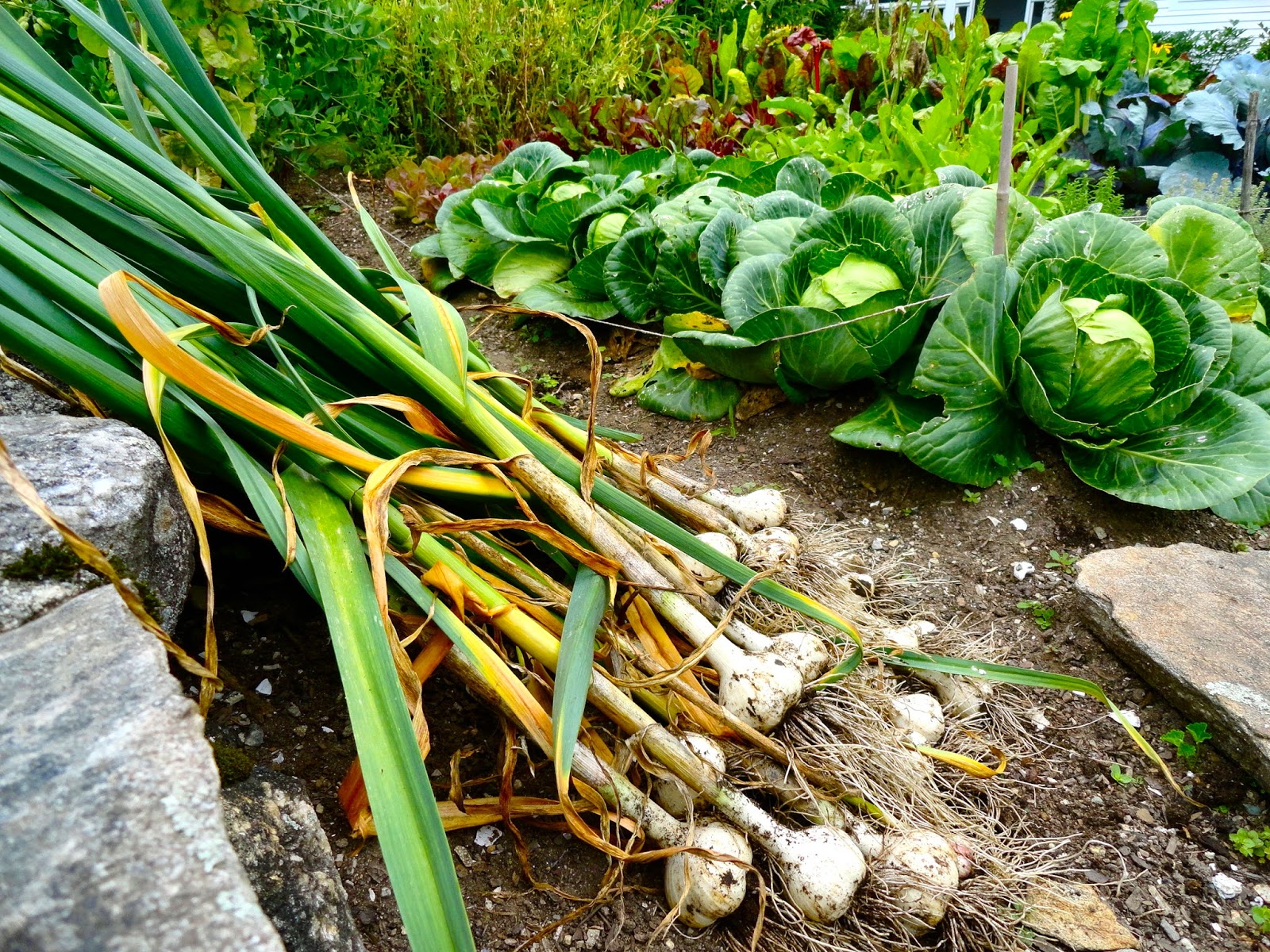 Everyone who has gardened for awhile will give you their theory on when to harvest your garlic. All I can say is that for the past couple years the harvest has been great, and here is what I have been doing.... 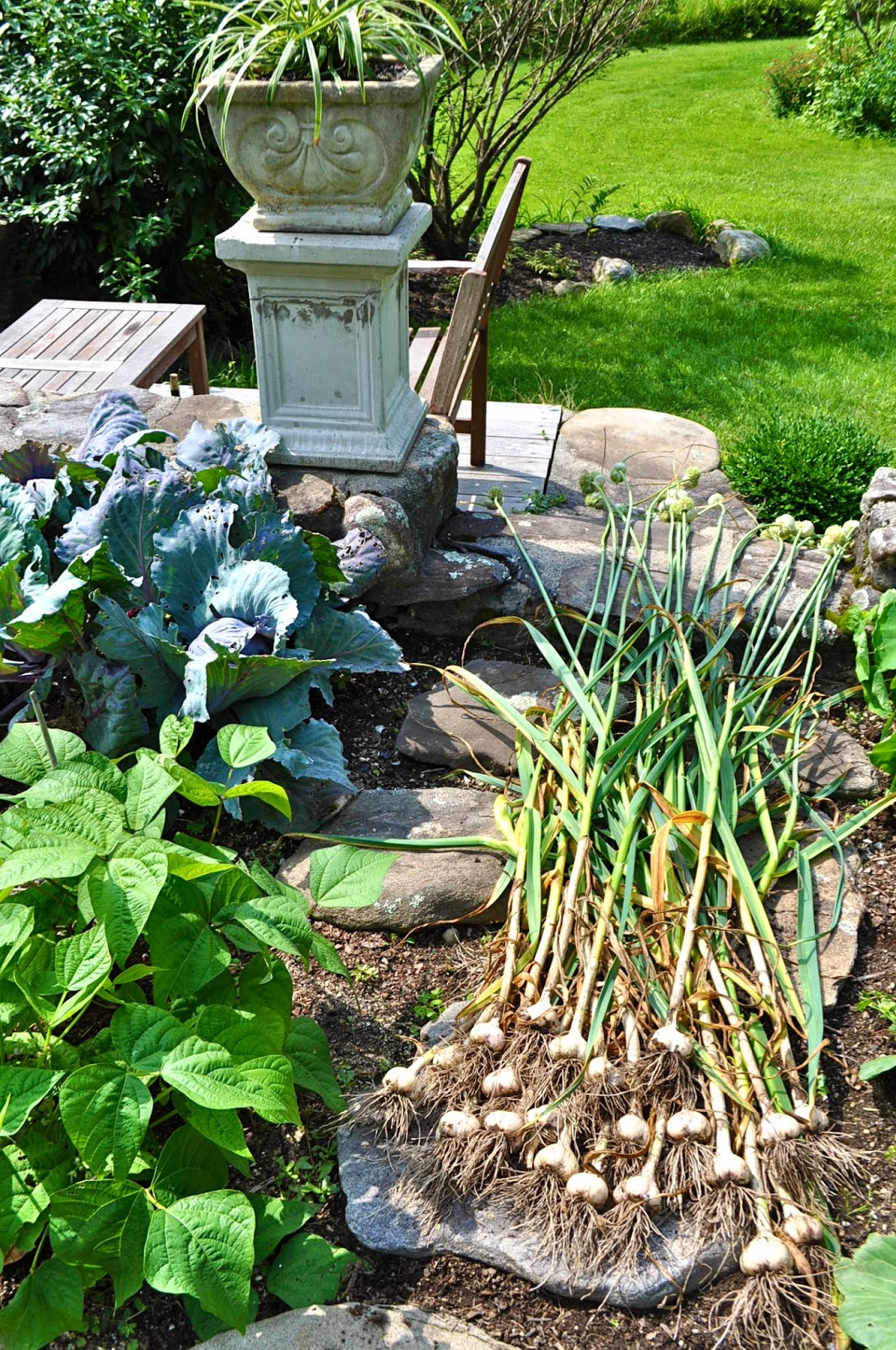 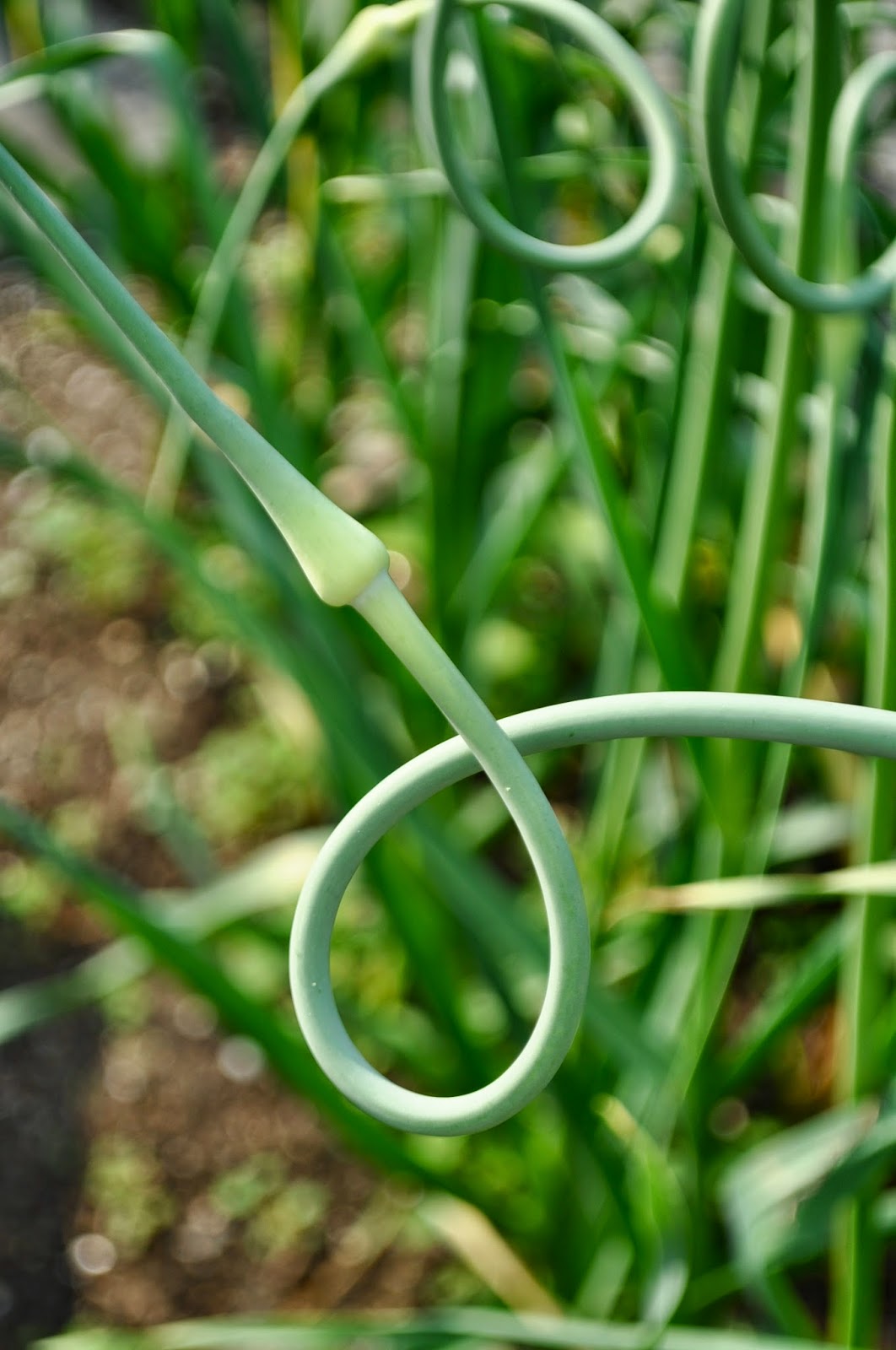 I once heard from a farmer that you should harvest when the scape uncurls and the tip is parallel with the horizon. This sounds scientific, but I think you should leave it in the ground until the scapes go straight, and they are about to bloom. Many people take the scapes off to encourage bulb production as opposed to flower production. This makes sense to me, they just look so great in the garden, I tend to keep many intact. I also heard from friends that harvest should happen when you are down to 5 green leaves on the stalk. I like this theory, and really that is about the same time as when the scapes uncurl. In Maine, I would say the first weeks of August are a safe bet!
Posted by Unknown at 3:52 AM

Email ThisBlogThis!Share to TwitterShare to FacebookShare to Pinterest
Labels: garlic